From Telemarketing to Turf Care

Controlled growth through the strategic addition of services and concentration on targeted geographic markets spells success for Terry Runde, owner of TR Turf & Tree based in Council Bluffs, Iowa. His business plan evolved from his analysis of operations in the early stages of his career. He gained industry experience while working for established lawn service companies serving the greater Omaha-Council Bluffs metro area in the ’80s and early ’90s. During that time, he also worked nights as a telemarketer.

Runde says, “I followed a prepared script to make the company pitch to a preselected call list. Back then it was acceptable to make that type of cold calls, and their program was very effective. I was also doing the calling to sell and set up the service package for my route on the lawn service side. I decided to put those skills to work to start my own business in 1992.”

He worked with a friend to develop the script to pitch TR Turf services. He canvassed prime residential areas in Council Bluffs as his target market. “We didn’t have instant access through the Internet then, so I found the phone numbers the old-fashioned way,” says Runde. “I tracked them down street by street through the city directory at the public library.”

His planning paid off. He started the spring season with 10 accounts and built that to 25 to close the year. “I kept the telemarketing job as security the first few years, but continued my own cold calling, too. During the second spring, I began putting out flyers to the homes I wasn’t servicing in the neighborhoods I was working. I’d also have neighbors admire the results I was getting and approach me for an estimate. The majority of my new business then, and now, comes through word-of-mouth.”

Runde’s base offering is a six-step lawn care program, and residential and commercial clients can opt for the full package or select only specific steps. He uses a combination of liquid and granular products, fine-tuning the mix annually to meet the needs of area lawns and incorporate the most effective new introductions while keeping costs within an affordable range.

The initial application is a preemergent to stop early germination. The second step combines fertilizer, a second preemergent application and postemergent weed spay. The third step is fertilizer and weed spray. The fourth step is fertilizer and weed spray, with optional grub control. The fifth step, in September or early October is just fertilizer. The sixth step is applied in late October or early November and combines fertilizer with weed spray. Core aeration, an additional option offered from the beginning, is recommended twice a year for commercial accounts and once a year for residential accounts.

Runde added snow removal services in 1994. He focuses on a select group of clients, ranging from a few residential drives to the parking lots of a number of banks and hotels. He had expanded to three crews, but trimmed back to two in 2009, servicing 30 accounts overall. “These commercial clients have zero tolerance for snow,” he says. “They need immediate attention [even if] the accumulation is less than an inch, and multiple trips for heavy snows and blizzard conditions. We can handle most light to medium snow events. I have a couple subcontractors I can call in as needed for heavy accumulations.”

The next expansion came in 1996, with tree fertilization, injection and spraying, and the name change to TR Turf & Tree. Runde uses the Mauget microinjection system for insecticides, fungicides, iron applications for chlorosis control, as well as fall fertilization. Some insect pests, such as bagworms on evergreens and armyworms on deciduous trees, require spraying. He says, “We have around 25 accounts on an annual IPM program. The majority of our tree work is problem solving, with most one or two-time applications. It’s an area we will be promoting more in the future.”

He started offering perimeter spray for insect control as an optional service in 2004. Since then, it’s grown to an important segment of the business. Most clients see it as a good fit to their overall lawn care program. Runde says, “Though I’ve used various products, I always select one that can be applied to trees, shrubs and lawns, as well as the perimeter, so it can be our secondary tank mix for the hose sprayer. It’s cost-effective for the client and for us.”

Mole control is a much-needed service in the metro area and surrounding communities. Runde initially used a two-step approach: first walking the property to identify active runs and setting kill trap, then he’d return to dispose of the moles and set additional traps if needed. In some cases of heavy infestations, he’d train the client on the proper scouting techniques and sell them the traps. “Now we use Talpirid with equally good results. It’s a one-step process, and we don’t have the disposal issues,” he says. “We have found that it’s most effective when temperatures aren’t too cold, so we time treatments from early spring to late fall.”

Mowing is a logical extension of Runde’s service package, but he opted not to add the equipment or personnel to handle it directly. Instead, he’s worked out a subcontracting agreement with an independent mowing contractor, the Lawn Wrangler. “Though I don’t advertise mowing services, I coordinate the connections at a client’s request,” he says. “If the Lawn Wrangler can fit the site into their mowing schedule and the costs are acceptable to the client, I set it up and handle the communications and the invoicing through TR Turf & Tree. The Lawn Wrangler also offers our services and handles the communication and invoicing for their clients. We’ve been working together for over five years now.”

He says, “Extending our service area gives us some variance in weather conditions, which usually means we can be working somewhere most days. I initially picked up some business in northwest Omaha when I purchased a couple pieces of equipment from an independent operator who was retiring. He liked my work and offered me his client list.”

Since then, Runde has targeted pockets along the I-80 corridor in west, northwest and southeast Omaha. He’ll introduce himself and his services to expand an account or two into the number of sites that make a trip to that area cost-effective. Through that effort and client recommendations, he currently services 60 Omaha accounts.

He’s also expanded into two smaller Iowa towns, Treynor, about 11 miles from Council Bluffs, and Underwood, about 14 miles away. Each has developed into a good core group of clients.

Runde runs two crews, using a Ford F-250 for one and a Chevy 1500 for the other. Both trucks are equipped with a blade for snow removal, along with a Toro snowblower and a Lesco spreader. He added a Honda HS724 two-stage snowblower that can tackle waist-deep snow. “It was a lifesaver in the 2009 Christmas blizzard,” he says.

The same trucks are equipped with two tank and hose spray combinations for the lawn care season. The 200-gallon tank is used for weed control applications, and the 100-gallon tank for the multipurpose insecticide. Each truck carries a walk-behind Lesco spreader for granular applications and a backpack sprayer for spot applications for sedge or weed control and, as needed, a Ryan aerator. A carrier trailer can be hooked on the back of either truck to transport the large area equipment, the PermaGreen Ultra stand-on spreader or the 36-inch L.T. Rich Z-Plug zero-turn stand-on aerator.

Growing the business is an ongoing process. Runde still sends out flyers in his targeted areas each spring. He took out his first display ad in the Council Bluffs edition of the Yellowbook that was issued in July of 2009 and got a good response from it. Also in 2009, he started advertising in the spring and summer promotional packets put out by the Council Bluffs Chamber of Commerce. His Web site will be up and running for the spring season.

The additional marketing is an extension of preplanned outreach to spur growth rather than a reaction to the economic downturn. Runde has experienced limited cutbacks, with only a few clients reducing the number of steps in their lawn care package, and those have been more than compensated for by new business.

He says, “I see the marketing as way to keep our company in the public eye, a reinforcement of what we’re already doing and a way to attract those new to the area. By far, our best marketing is the satisfied customer. One extroverted individual that really likes the work we do for him will tell all of his neighbors about us. That’s the perfect person to advertise our company, and what’s really responsible for the majority of our growth.”

Suz Trusty is a partner in Trusty & Associates, a communications and market research firm in Council Bluffs, Iowa. She has been involved in the green industry for over 40 years.

About the Author Suz Trusty

Suz Trusty is a partner with her husband, Steve, in Trusty & Associates. They each have been involved with the green industry for more than 40 years. 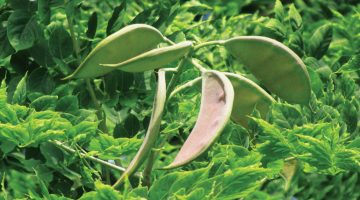