Get in Step with This Mobile World

On March 30, 1973, the United States, complying with the Paris Peace Accord, removes all combat troops from Vietnam. More than a month later and unrelated, President Richard Nixon’s top White House staffers, H.R. Haldeman and John Ehrlichmann, and Attorney General Richard Kleindienst resign. House Counsel John Dean is fired. The Watergate Scandal is erupting and a U.S. presidency is just months from disintegrating.

Largely ignored at the time among those momentous events, Martin Cooper, then the general manager of Motorola’s Communication Systems Division, in what must have been very gratifying, calls his rivals at at AT&T Bell Labs in New York City. On April 3, 1973, he makes the first ever cell phone call. Widely credited as the inventor of the cell phone, Cooper, a Chicago native and electrical engineer, had joined Motorola in 1954 and had made several important discoveries in wireless two-way communication previous to perfecting that first cell phone.

In a sense, that call changed how all of us communicate and run our businesses. But that wasn’t apparent then.

1. Skype is a free download that allows users to communicate by voice using a microphone, video by using a webcam and instant messaging over the Internet.

2. Dropbox is another free app that allows you to bring your photos, docs and videos anywhere and share them easily. Files placed in folders are accessible through a website and mobile phone applications.

3. Skim is a free PDF reader for Mac OS X. Skim allows you to make and save notes directly onto a PDF file. You can also do this on a PC with Grahl’s PDF Annotator (www.ograph.com), but you have to pay for it.

Indeed, most of us would laugh at the sight of the phone he used that day. It measured 9 by 5 by 1.175 inches, weighed 2.5 pounds and had a talk time of 35 minutes. (Remember the phone Seinfeld used in his ’90s sitcom? Only double that size.)

In a later interview Cooper recalled the astonishment of fellow pedestrians when he used the phone in public.

“As I walked down the street while talking on the phone, sophisticated New Yorkers gaped at the sight of someone moving around while making a phone call,” he told the interviewer. “I made numerous calls, including one where I crossed the street while talking to a New York radio reporter – probably one of the more dangerous things I have ever done in my life.”

Ten years later, Motorola introduced the first “DynaTAC” phone into commercial service, not that it found widespread acceptance – not with its $3,500 price tag. But, by 1990, the availability of improved and less-expensive models had attracted 1 million cell phone subscribers.

Now, of course, wireless devices (cell phones, tablets, wireless cards) are ubiquitous, with more than 340 million in use in the United States, the number exceeding the country’s population. Of these, more than 93 million are smartphones. Sometime early in 2012, sales of smartphones overtook sales of feature phones, a trend that will continue to grow. A Pew survey released this past September indicated that 45 percent of U.S. adults now own smartphones. Among 18 to 29 year olds, the number jumps to 66 percent.

Smartphones have become indispensible in our day-to-day lives. Credit their astounding utility. Mobile devices have evolved from offering just two-way communication to being GPS navigation devices, cameras (still and video), instant messengers and game consoles while also offering Web browsing. Smartphones are rapidly evolving into mobile software machines that are as dissimilar from those first talk-and-listen clunker phones as a 2013 Cadillac XTS is from a ’73 Gremlin.

All indications are that this wireless technology revolution is far from over. In fact, it’s accelerating as more services are added through software. Obviously, none of us can afford to ignore the advantages that wireless offers in terms of helping us provide our services more efficiently and with less wasted time and effort.

If you’re in the business of providing customers with the best live plants for their properties, you don’t want to miss the December issue of American Nurseryman magazine, Turf’s sister publication. The AN coverage offers downloadable PDFs of an incredible array of great perennials, including woody plants. Visit www.amerinursery.com.

“It’s OK to be a wise guy” in snow & ice management. Check out this concise and well-written article in Snow Business magazine that will help you avoid costly mistakes when you’re out on those stormy nights clearing clients’ properties. Go to http://bit.ly/WNtezm.

Next post Horizon Partners with The New American Landscape Channel 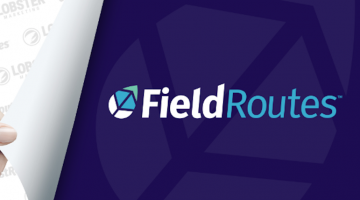