There is no shortage of headaches and challenges when it comes to dealing with employee compensation in the landscape industry.

From hiring quality employees to attracting and retaining employees who are self-motivated and want to step up. From offering benefits that employees care about to putting the right bonus programs in place. From budgeting and pricing correctly to collecting invoice payments on time to make payroll.

Turf covers them all in its Compensation Report. First, the basics: hourly wages and salaries across key positions and all regions of the country. 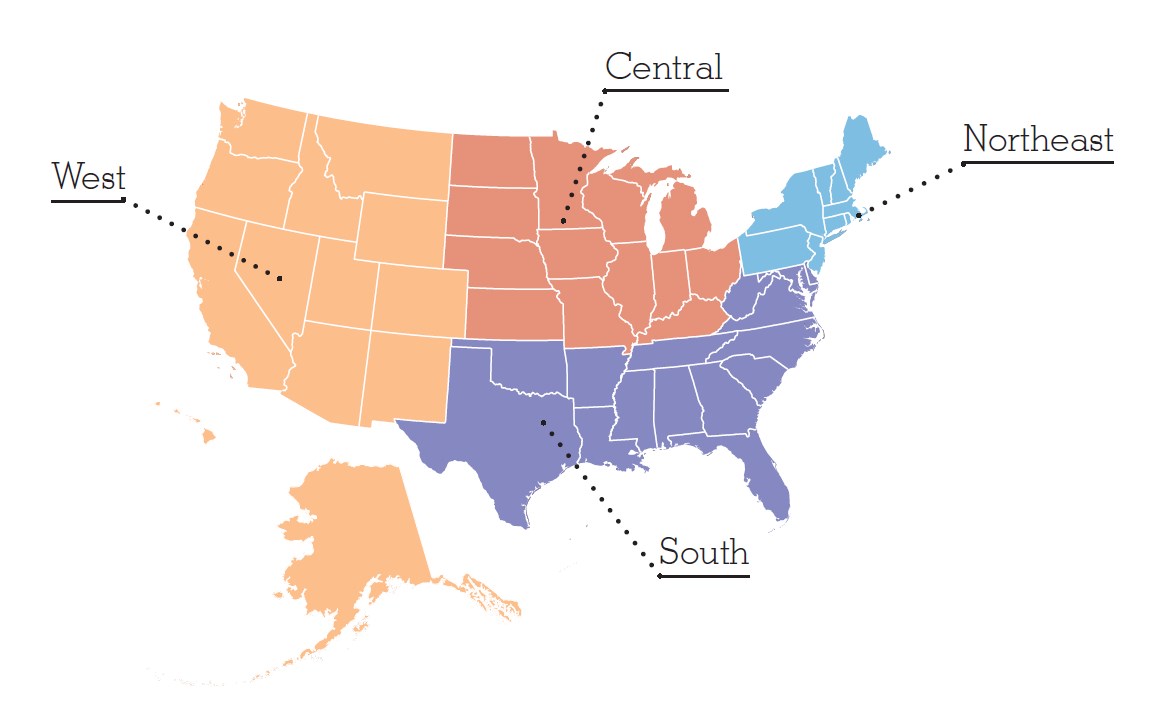 This year, 59 percent of landscape businesses reported that their companies’ wages increased in 2015, according to Turf‘s Compensation Survey. (See “Pay Today” below for a full list of current salaries of various landscape positions.) Wages themselves increased less than 1 percent (0.6 percent) this year, and are expected to increase only 1.2 percent next year. That’s lower than what Mercer’s “2014/2015 U.S. Compensation Planning Survey & Report” says for businesses overall. They report an average salary increase of 3 percent this year. The primary reasons these businesses are raising salaries: 68 percent of respondents to the Mercer survey say they are concerned with retention and losing good employees to their competition. 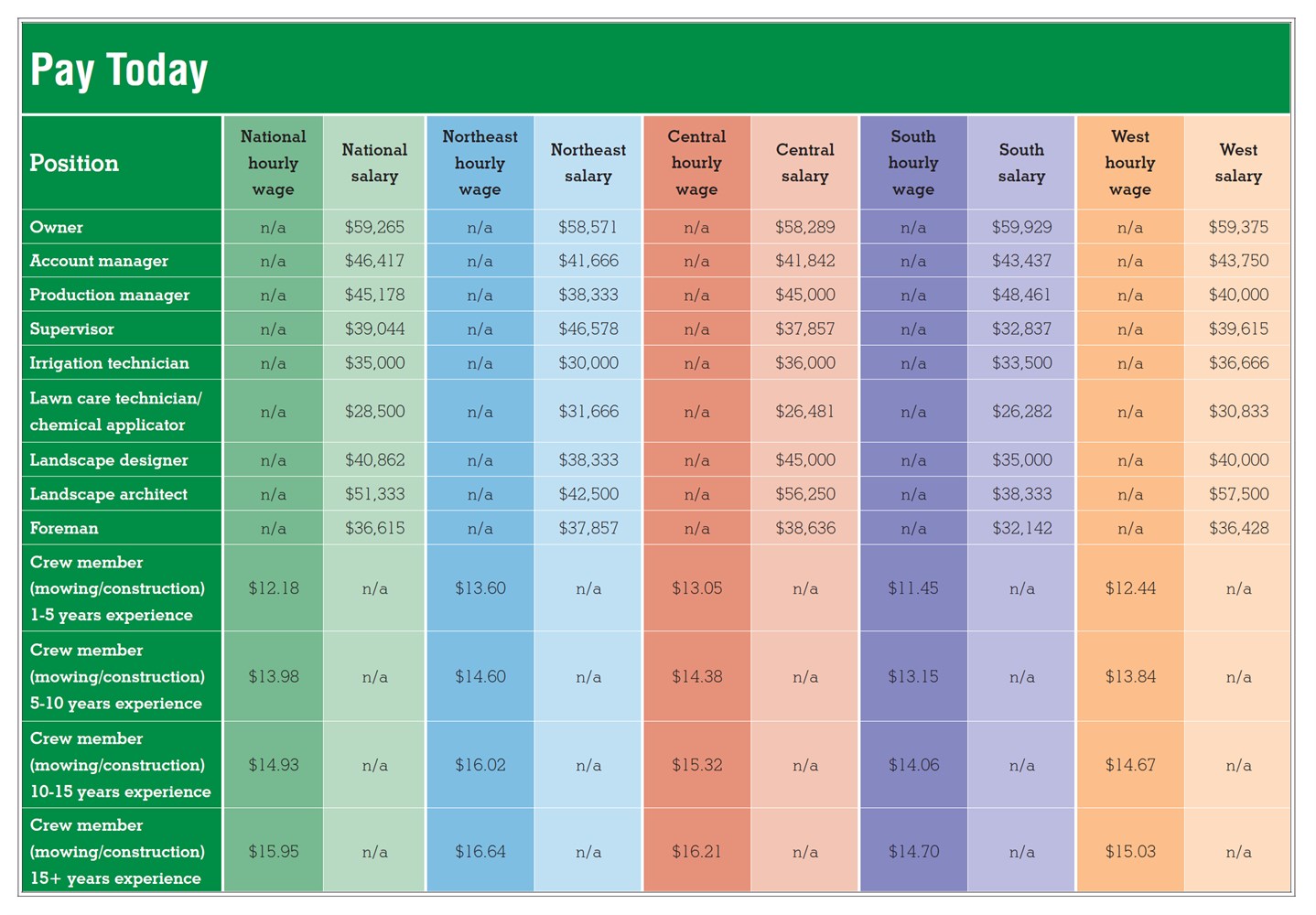 In fact, 35 percent of the nearly 900 workers surveyed by Glassdoor.com said they’d look for a new job if they didn’t get a salary increase this year. Those most likely to walk include employees under the age of 35 and those making less than $50,000 annually—two qualifications that fit landscape worker demographics. Not great news for the landscape industry. 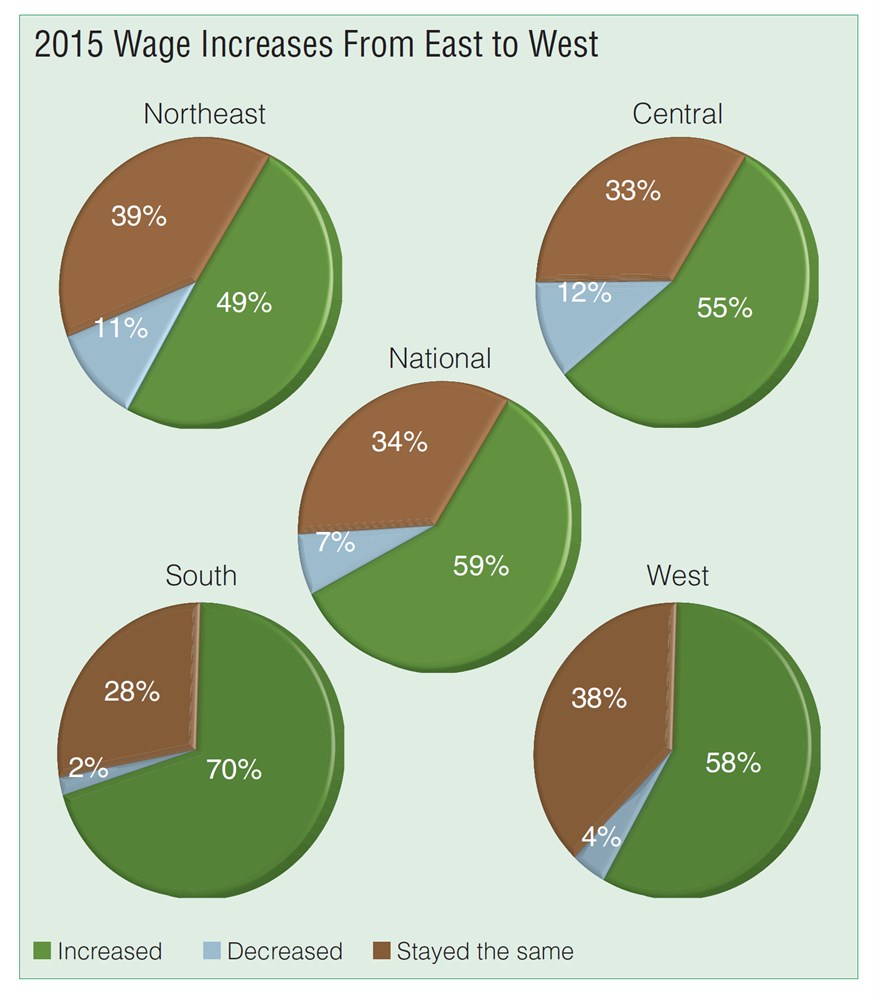 This means the trend for raising wages could prove a sensible business decision, many small business experts point out. If job growth continues, companies that resist raising wages even a little may find themselves at a competitive disadvantage later, losing their best workers to other companies.

No wonder 28 percent of landscape contractors said personnel issues tend to keep them up at night—up from 21 percent last year, according to Turf‘s Green Industry Guide survey, conducted in March.

While most landscape contractors say their primary focus this year is retaining and adding clients (79 percent), nearly one-quarter of them say they also want to reduce labor costs (23 percent).

But the good news is this is down from 28 percent of landscape contractors who say they wanted to reduce labor costs in 2014, so this might be a sign that costs are getting a bit more manageable.

While small businesses across the country anticipate some growth, they are quick to point out there’s still plenty of room for improvement in their businesses.

“Prices will continue to increase but at a slow rate,” explains Terry Delany with Davis+Delany, an industry consulting firm specializing in employment issues. “There’s no quick reversal of the downturn on the horizon coming to bail us out.”

While the economy slowly improves, uncertainty remains. And today’s entrepreneurs are learning to adapt. “They think that the level of uncertainty remains the same,” says William Dunkelberg, chief economist at the National Federation of Independent Business, “But they are more confident in their own ability to deal with it.”