If It’s Worth Building, Build It To Survive

The Marblehead Lighthouse with its bright red cap is located on the tip of a limestone peninsula jutting into the western basin of Lake Erie. I often walk the 9-acre lighthouse property, which is now an Ohio state park. My favorite time to visit is the winter when the park is empty.

The 66-foot-high, white-washed structure is the oldest continuously operating light on the U.S. side of the Great Lakes. It’s been warning sailors about the dangers of navigating too close to its rocky shores since 1822. Its 5-foot-thick, native limestone walls rise from a 25-foot-diameter base. It was built to withstand the worst that rambunctious Lake Erie can deliver.

Are you confident that your land care operation, whether a startup or established, is as solidly built?

Sadly, most small businesses aren’t, although I can easily name many landscape and lawn service firms that have successfully ridden out every economic storm that’s been tossed at it for the last 50, 60 and, even a few, 70 years.

That’s a remarkable achievement. According to the U.S. Bureau of Labor Statistics, almost 60 percent of all small businesses fail within their first four years. In fact, nearly 40 percent dry up within two years of their founding. Given that there are more than 94,000 landscape companies in the United States (says the U.S. Census Bureau), the carnage among the one-man, pickup truck operations must be truly awful, at least in terms of numbers.

Many of them are doomed from the start, if not to failure then to providing the founder no more than a job. They plunge into the landscape business, often grossly undercapitalized, attempting to gather as many clients as they can as quickly as they can. Lacking basic business knowledge, few have a plan beyond that.

Many so-called “established” companies are marginally more solid. They limp along barely making a profit, and like so many startups they’re run haphazardly. They don’t have operations and sales systems. They don’t prepare budgets, and they generally have poorly thought-out estimating, job costing and pricing strategies. They’re not built to last.

Yes, of course, today’s economy doesn’t offer the same easy pickin’s it did during the once-in-a-lifetime, credit-fueled building cycle of 2002-2007. The 2008 recession and its aftermath dampened the industry’s growth and exposed the heretofore unrecognized shortcomings of many seemingly robust companies. Meanwhile, progressive, strongly marketed, systems-run, sales-driven companies are enjoying double-digit growth.

That tells me that the industry still holds lots of promise, and even for newcomers. Remember, many of the most successful and profitable companies in the industry were started by single individuals with no more than a pickup truck, a mower and a few simple tools.

The difference between them and the failures and walking wounded is that they – sooner than too late – realized they had to find a way to get off the mower and become a business person to grow a business. Only then could they build something solid and lasting that they could pass on to their sons or daughters or, when they decided they wanted to do something else, sell for their retirements.

As I sat down to share some thoughts with you here, I received Jody Shilan’s FromDesign2Build enewsletter. I got a chance to meet and chat with Shilan, president of the New Jersey Landscape Contractors Association, at this past fall’s GIE. He’s an experienced landscape professional, a knowledgeable and respected consultant and one of the industry’s good guys.

After Shilan and I traded some ideas, he surprised me by including me on his email list. I look forward to reading every one of his enewsletters. They entertain as well as inform. The title of one of the recent enewsletters, “Screw U Landscaping”, piqued my curiosity. Who can resist finding out where Shilan was going with that?

It turns out he was making a point about what almost all landscape companies, in pitching their services, tell prospects. They tell prospects: We do quality work; we’re reliable and dependable; and we’re not the cheapest, but we’re also not the most expensive.

Wow, in interviewing hundreds of landscape/lawn service companies over a period of 27 years, I can hardly recall an instance when a company owner didn’t refer to one or more of these three as a unique selling point. And, yes, usually all three. If we’re all telling customers and prospects the same three things, says Shilan, they can hardly be considered unique selling points, right?

If you truly believe there are reasons why prospects should choose your services over competitors’ (and there better be, otherwise why bother?), let them know what they are. Be specific. Be creative, he advises.

If you’re not getting Shilan’s enewsletter, check out his website at www.fromdesign2build.com. You’ll see that he’s a creative guy himself. 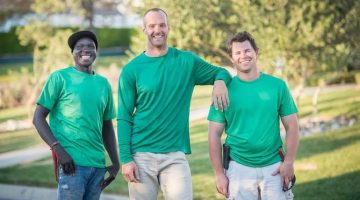 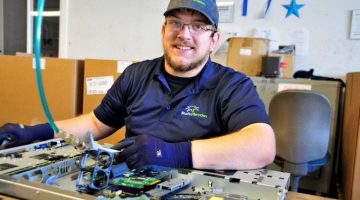