NY landscape pros share their tips on how to successfully perform snow and ice services.

When discussing how to manage a snow removal service for landscapers, there are no better professionals to tap for tips than Canete and Jomides. They operate in essentially the same territory, but there is plenty of business to go around.

Canete Snow Management is one of the eight Wayne, New Jersey-based landscaping and property management companies owned and operated by Canete himself. The company recently earned a five-year contract to manage the snow removal at MetLife Stadium, home to the New York Giants, New York Jets and the 2014 Super Bowl. The contract requires more than 800 workers to remove the snow from the inside of the stadium every snow season. Proud to have weathered the pre- and post-Super Bowl storms without even a mild case of frostbite, Canete also advises fellow landscapers about the ins and outs of adding snow removal as a revenue-generating service.

“I started adding snow and ice management in 1977 because it was an ideal fit and a complimentary business for my landscaping operation,” he explains. “Almost at the same time when we complete our landscape services (the early part of the winter), it begins to snow. We can also use our landscape trucks and manpower to handle snow work. It just makes sense.” Snow and ice removal now provides nearly half of Canete’s companies’ revenue.

You must have the right equipment and a strong work force to battle any storm Mother Nature throws your way because no two storms are alike, and all storm elements differ. “Time of day, temperature, amount of precipitation, type of precipitation – they all play a role,” Canete explains. His finely tuned system allows him to battle ice, sleet, blizzards and pounding winds that frequent his five-county territory from November to March.

“We bring in more than 300 seasonal employees and subcontractors for snow removal each year. Many of them have worked for us for many years and understand our business,” Jomides points out.

During an average winter, Jomides will retain between 80 and 100 of his employees and subcontract the remainder. To safeguard against high turnover, he offers extensive training to his team members to ensure they know the equipment, rules and expectations before the season even starts. To keep his employees all winter long, he rewards them with special bonuses for perfect attendance and for working safely.

Jomides taps into other seasonal labor pools in his market, such as independent painters, roofers and carpenters, to ensure he has enough quality workers. He pays out high premiums for winter laborers compared to seasonal labor during the traditional growing season.

Recently breaking into the the top snow and ice removal companies in the U.S. is Peter Schultz, who started his own landscaping business, Pleasant View, and snow removal business, PV Property Services, in Washington, D.C., just a few years ago.

Schultz has more than a decade of experience successfully moving snow and ice with past business partnerships and key positions on other companies’ leadership teams under his belt. Out of the gate, Schultz led with snow removal for nearly all of his commercial clients. His snow removal business does approximately $2.7 million annually. “Our clients rely on us to perform both landscaping and snow management together,” he says. “Usually, the contracts go hand-in-hand.”

Schultz believes the hardest part about offering snow removal together with traditional landscaping services is weighing the risk factors. “More in-house work equals increased profits, but no snow will be a much harder hit on your cash flow,” he says. “You can invest a lot into the snow industry and get burned if you are not careful, or you can strategically (and less profitably) build the company spreading that risk. There is nothing wrong with doing it either way, but, let’s be honest, you are trying to control an uncontrollable variable – the weather – so you better make sure you are very, very careful when planning that.”

Schultz believes in pricing his snow services several ways: time and materials, which is billing only for the time onsite and materials used only; per push; per inch; and seasonal. “Each way has its advantages and disadvantages,” he says. “Ideally, you would like a mix. During the years you do not get a lot of snow, the seasonal contracts cover your costs. During the years when there’s substantial snow, time and materials helps cover the additional expenses you used at your season locations.”

Jomides and Canete know they can’t have successful snow removal operations without the right equipment and proper management and maintenance of it.

Canete first started his snow removal business with snowblowers that he loaded into the back of his truck to clean snow from driveways and walkways. Then, gradually he upgraded to trucks with plows when he added parking lots to the client mix.

“We set a budget annually on any additional equipment we need for the following season,” Canete says. “We consider subcontracting or buying a piece of equipment set aside for snow only. We tend to buy equipment we can use in both our snow and landscape businesses and utilize subcontractors or rent the snow-only equipment if it makes good business sense. Equipment that’s usable year-round offers the best value for our dollar. If I can use it for both landscaping and snow removal, we’ll buy it.”

Canete says his equipment, which includes Bobcat snow skidders and Caterpillar snow loaders, are high-ticket items whose working lives are easily halved when used for snow and ice removal. “Not only are these metal machines working harder and running longer, but they are also laying out salt that corrodes them,” he says. “Because of all this, you need spare equipment for the ones that will break … most likely in all the wrong places and at all the wrong times … mostly in the middle of the night.”

“We rent at least 25 additional loaders for the snow season,” he says. In addition to the six loaders he owns and the 20 or more he rents, Jomides uses a variety of Bobcat attachments, including snowblowers, snow pushers and snow blades. The loaders are also used to load bulk deicing products.

Apart from equipment and labor, both Canete and Jomides know that insurance is a huge cost any landscape business owner offering snow and ice removal services will have to bear. Insurance rates skyrocket whenever landscapers add plowing vehicles and attachments to their equipment mix. Snow removal components add width and bulk to standard landscaping vehicles, and the odds of even the most experienced operators causing vehicle, lot or building damage becomes high.

Canete warns that not only is snow insurance extremely hard to get in New Jersey, but if you can get it it’s going to cost you a bundle. “You must have a variety of ways to document the services and times you service your clients to protect yourself against frivolous slip-and-fall lawsuits, which are becoming more and more prevalent each year,” he warns.

To boost safety on the road, Jomides recommends placing extra warning lights and rear-mounted cameras on major pieces of snow removal equipment, and he advises his drivers to keep orange safety lights flashing at all times during snow clearing events.

Because of this, Jomides establishes a call center with a couple of operators during major snowfall days and overnight hours who field calls and troubleshoot problems during major snowfalls. Jomides looks at the individual homes in the community and the types of driveways attached to the residential units. Once a bid is complete, he tries to strike a balance between seasonal and per-push contracts. Contracts may have to be negotiated with the HOA’s board of directors, as well as the management company.

Canete prices his snow services in one of four ways: per push, billed every time a crew shows up as per the agreed increment amount; per event, billed by the snow increment total that fell during that particular storm; seasonal, billed a flat rate for the season sometimes with a cap followed by a per inch over the cap; and hourly, billed per piece of equipment per hour or labor men per hour. 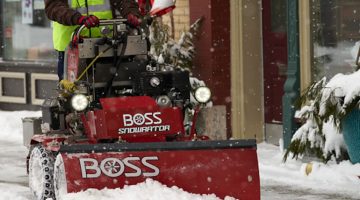 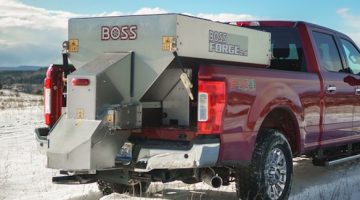 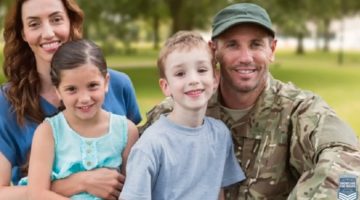