The Dumb Tax: Bad for Clients, Worse for You

This spring, my wife, Vicky, and I hired Robbie, a local contractor, to install decorative siding on our century-old, two-story, wood-frame house. As the work started we also decided, on Robbie’s suggestion, to replace a large living room window. We bought the house in 1975. The real estate agent handling the transaction described it as “a starter house”. After raising two children in the house (a daughter and a son) and seeing them grow up, marry and move away, it’s turned out to be anything but a starter house. It may, in fact, end up being the house that finishes us off – financially and literally.

If you own, have owned or have attempted (perhaps naively so) to modernize a century-old house, you’ve already anticipated what I’m going to share next. Over the years, we’ve conservatively spent five times more on repairs and improvements on the house than its original cost. Most of that money has gone to Robbie, who has in the process become a close and trusted friend.

Robbie is incredibly creative in terms of home improvements and is also a friendly and pleasant person who genuinely enjoys working. In fact, he seems to be happiest when he’s working. He smiles often and easy, although it’s a somewhat comical smile. Robbie spent two years in a hospital in the early 1990s where he underwent experimental cancer treatments that he credits for saving his life. In the process, though, he lost his teeth – all of his teeth, thus the funny smile.

For all of his many virtues, however, Robbie seems to be unaware (or perhaps unconcerned) about the “dumb tax.” Dumb tax?

It’s a phrase I borrow from industry consultant and Florida-based entrepreneur Tom Oyler. Tom is one of the most entertaining speakers on the professional landscape circuit, and his aphorisms are legendary. A dumb tax, according to Oyler, is the extra cost you have to pass on to a customer because of your inefficiency and the unnecessary (sometimes ridiculously unnecessary) expenses you incur in providing your services.

However, Robbie puts his own unique twist on the dumb tax. He passes on most of the dumb tax to himself. Or so it appears to me. That’s one of the reasons, we surmise, why Robbie, who at one time employed almost a dozen workers, went bust about 15 years ago. To be charitable, the failure of his company wasn’t entirely through mismanagement. The project that wiped out his company (specifically the lawsuit arising from the project) took place for a job he had contracted to do on an island. He had no way of knowing that the owner of the ferry service to the island would unexpectedly almost double the price of transporting employees, vehicles and materials to the island. That surprise came just as he began the building project on the island.

Robbie has since worked solo or, depending upon the complexity of the job, with a young assistant. He seems happy being a one-man show, although it’s unlikely he’ll ever be able to parlay his enviable skills as a builder and remodeler into a comfortable retirement. Or to provide his wife and two children with more than a modest but comfortable living.

I’m confident in saying that Robbie is paying an unnecessarily high dumb tax after watching him take a week longer than he anticipated in finishing the various projects on my house. More than a few times he had to work around a particular part of the project because he had forgotten to bring a key piece of construction equipment. More than a few times he had to stop whatever he was doing to make a run to the local hardware store for more supplies of one sort or another.

While the work on our home cost me a bit more than we anticipated, meaning I paid some dumb tax, too (including the rental of scaffolding and related safety equipment so Robbie didn’t have to work with ladders), it cost Robbie much more in terms of his time. For any contractor, time is money. 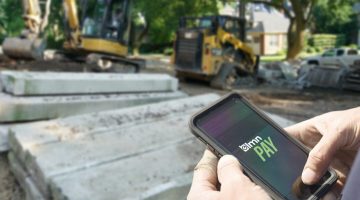