Your Can’t-Miss Plan to Sell $1 Million in Maintenance

Longtime industry consultant Kevin Kehoe shares the process from prospecting to the "yes" or "no" decision.

The landscape business is much different today than it was a few years ago. The construction business is a fraction of what it was prior to the bursting of the housing bubble and the 2008 recession. The landscape maintenance business is awash with service providers, all offering basically mowing and trimming. Companies are beating each other’s brains out over price.

If that’s the case (and it is), why are some companies growing at the expense of competitors? And, this apart from small differences in service quality that are often indistinguishable to customers. The answer in almost every instance is the sales management process used by the more successful companies. They manage the process, a process grounded in numbers and the efficient use of their time.

These companies realize that the days of taking orders or relying solely upon word-of-mouth to grow their companies to any appreciable size are gone. They realize that to boost revenues in this stagnant economy, they must “sell”. They must enlarge their book of business at the expense of competitors. Longtime green industry consultant Kevin Kehoe, a partner in Three Point Group, outlined a process for doing just this at the GIE+EXPO in Louisville. His presentation “Creating a Sales Machine,” gave a packed room there great information.

“Retention is going to be challenging and generating new work is going to continue being challenging, not impossible, but challenging,” says Kehoe. He does not expect demand for maintenance services to grow appreciably in the foreseeable future. Couple this with downward pressure on prices (30 to 33 percent in most markets since 2006 because of competitive pressures, says Kehoe) and the need for a clearly defined, monitored and aggressive sales effort becomes obvious.

Even with this industry-wide focus on price, companies with a strong brand and a good sales message might still be able to sell at a 10 percent premium to competitors if they offer prospects perceived value. Selling value means selling solutions to property owners’ or managers’ biggest property management fears rather than the standard “we do it better, faster and cheaper than the other guy” pitch. Or, the “look at how long we’ve been in business and how nice our trucks and equipment are” pitch.

It’s not just about cuttin’ grass

Simply, effective sales people are not selling mowing and trimming per se; they’re selling fewer worries, headaches and problems for property owners or managers. That’s ultimately what most prospects are seeking.

“They (prospects) want proof that what you’re going to do matters to them and heals their pain,” says Kehoe. “There’s always a point of pain and that’s what a good salesperson does, discovers that point of pain for that particular customer.”

Kehoe says the sales process involves three major stages: prospecting/wooing, asking, and moving on. How efficiently a salesperson moves through these three steps will determine their success. Because there are countless books written on the so-called “art” of selling, let’s instead look at the sales process itself, specifically as it relates to landscape maintenance.

In his presentation, Kehoe gave the example of a salesperson tasked with bringing in $1 million in maintenance contracts annually, a hardly unrealistic number for companies with a closely monitored sales process based upon time management and meeting pre-established metrics, he says.

Assuming the average job size being sold by the salesperson is $20,000, how many signed contracts do they have to bring back to the office to reach $1 million annually? Simple arithmetic indicates it is 50, but nobody sells every job, so, for the sake of this example, let’s use a 20 percent close rate. A quick calculation shows that a salesperson would have to make 250 bids to achieve 50 sales.

That’s a lot presentations, especially considering the salesperson has approximately 220 or so work days each year to accomplish this. Making the challenge even harder, not every prospect is a good fit, meaning the salesperson will have to start with a much larger list of prospects than the 250 they end up developing bids for. In fact, they may need a list with the names of as many as 500 prospects to meet their sales goals.

“That list is too short for too many salespeople,” says Kehoe. “It’s way too safe; it’s who they know and has to be bigger than who they know.”

The $1 million example is just that, an example. The same dynamics apply whatever an owner or sales person sets as an annual sales goal. This is a process based upon prospecting, asking for the sale and moving on, regardless of achieving the sale or not. The salesperson’s time is extremely valuable and must be invested in selling and customer face time, even more so than measuring and estimating properties or preparing lists of prospects, although most companies don’t have the personnel or systems in place to do this.

Kehoe says salespeople have to focus on pacing and maximizing the use of their time. That, in simplest terms, boils down to being clear on how many calls they have to make each week, how many people they’re going to see, how many bids they’re going to get out, and once they’re in front of prospects, delivering their company’s message efficiently.

They must be prepared to respond to prospects’ most common objections, which are, in no particular order: “Why should we change service providers?”; “Your price is higher; why would we consider you?”; and “Someone else makes the decisions for landscape maintenance.”

“If you know these are three major objections you are going to face every time, you should have pretty darn good answers worked up,” says Kehoe. “You’re waiting for it.”

In making the face-to-face pitch, don’t be afraid to ask questions, such as, “If price didn’t matter, would we be the company you would use?”, or, “Does anything we have talked about or what we said about solving your problem appeal to you before talking about price?” If the prospect answers affirmatively to either of these, then it’s time to discuss price.

At this point it’s best to get to a “yes or no” decision rather quickly. Too many salespeople talk too much, often talking themselves out of a sale, says Kehoe. Regardless of the outcome, the salesperson has to move on to the next prospect, bid and pitch. They have numbers to make.

In the end, selling landscape maintenance contracts takes special people that can shake off rejection and keep at it. It requires a defined and logical process grounded in numbers and persistence on the part of the sales person. If these are in place, you’re going to be more successful than most of your competitors. In these economically unsettled times that’s what really matters. 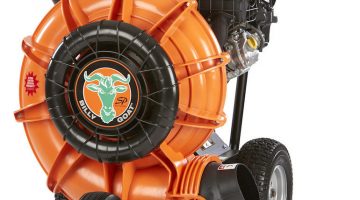 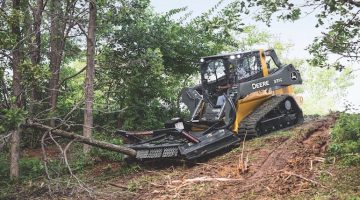 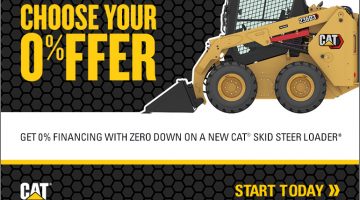