Drones on demand? Mobile App Due To Launch Soon

Ever wish you had a drone’s aerial perspective of a large design-build project? Or great aerial photos of before and after a complex landscape renovation? While drones offer amazing views from above, the cost and complexity of operating drone equipment often outweigh the benefits for many organizations. Recognizing this, Aquiline Drones (AD), is just weeks away from launching a “Drone-on-Demand” (DoD) mobile app.

“Many…  are missing out on the invaluable data collection capabilities of drones because they lack the resources for an in-house drone operation,” explains Barry Alexander, CEO, and founder of Aquiline Drones. “Akin to Uber and Lyft, individuals and businesses can now enjoy the luxury and convenience of ordering both private and commercial drone services right from their fingertips.”

The DoD app will be accessible through all mobile devices, including smartphones and tablets. The user may order aerial photography and videography services for most everything. “Beyond simple viewing and camera capabilities, the drones manufactured and deployed by Aquiline Drones are managed and supported by the world’s first aviation-inspired drone cloud that gathers, analyzes, models and stores data and video,” says Alexander. AD is one of four drone airline companies in America but the only one privately owned by professional aviators.

Alexander notes that drones are difficult to control. One bad move and an amateur pilot could be looking at hundreds or thousands of dollars in damage, or a full drone replacement. Drones also have an unfortunate reputation as annoying gadgetry utilized to invade privacy. DoD addresses all these issues comfortably and utilizes artificial intelligence to essentially remove the risk of hardware loss and liability from bad piloting associated with consumer drone ownership.

Both semi-autonomous and autonomous drones will record predefined physical locations submitted through customer requests via the app. AD’s proprietary drones are manufactured in Connecticut and equipped with capabilities such as AI-assisted object recognition, target tracking, 4K video recording, thermo and night-vision, and other essential features. The job of fulfilling customer service requests through the app will be performed by graduates of AD’s Flight to the Future program, an online drone pilot training course and employment opportunity for anyone 18+ that launched this month.

Users of the app will have the unique experience of interacting live with the drone during flight, plus later obtain footage of the recorded content. The hourly cost varies depending on the customer’s request, job complexity, flight duration, and other factors.

Also interesting to note, sprayer drones from AD are capable of carrying 25 pounds and can be used for crop spraying. How long before we use drones for commercial and residential property pesticide spraying applications?

Want to talk with fellow lawn care and landscape professionals about Digital Marketing? Join the discussion in the forum at LawnSite.com. 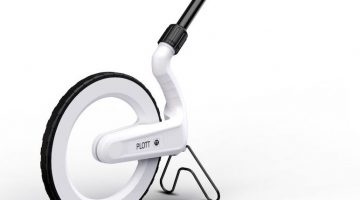