Meadville, PA — Andy Ernst, vice president of Ernst Conservation Seeds, was honored for his many contributions to the native seed industry by the Atlantic Seed Association (ASA) during its 63rd Annual Convention banquet in Gettysburg, Pennsylvania on Monday, October 5.

ASA president Doug Rohrer of P.L. Rohrer and Brother, Inc. presented Ernst with the 2015 Seedsman of the Year Award in recognition of his dedicated service to the Atlantic Seed Association and the seed industry. 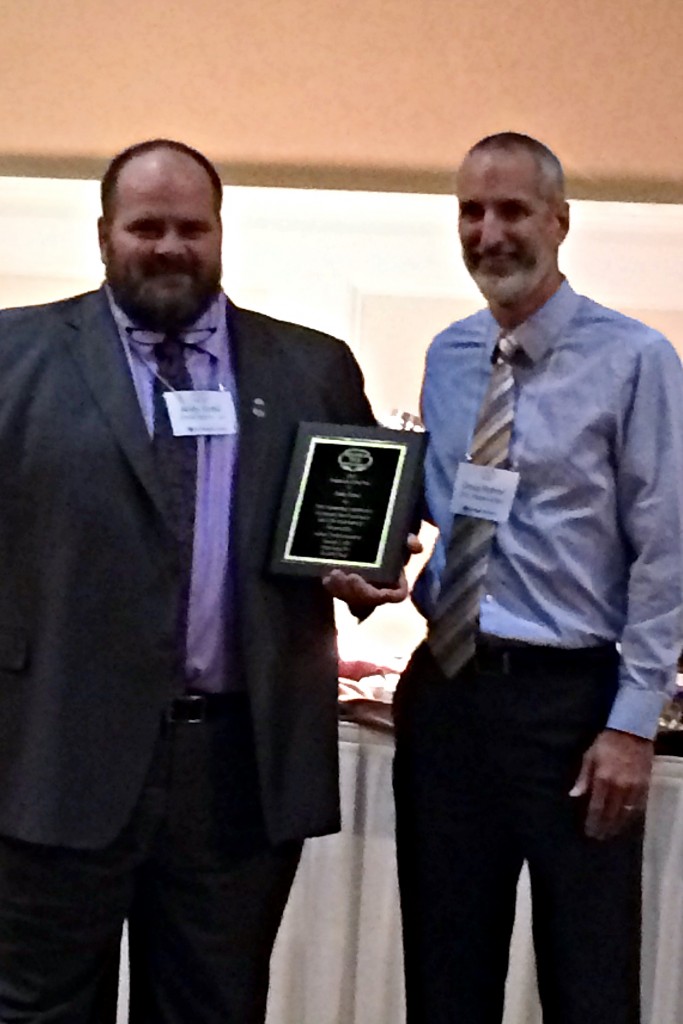 “The old adage, ‘the apple doesn’t fall far from the tree’ may be the best way to describe this year’s ASA Seedsman of the Year,” said Rohrer. “Andy is one who certainly exemplifies the knowledge, character and leadership associated with his father’s living legacy, while promising to continue a reputation of innovation and advocacy in the native seed industry with his own unique style.”

Andy’s father, Calvin Ernst, founded Ernst Seeds in 1964 and has long been regarded as a pioneer in the native seed industry. The senior Ernst was honored by the ASA last year with an Honorary Membership in recognition of his lifetime of service to the ASA and the seed industry.

A tireless advocate for the native seed industry, Ernst meets regularly with government officials and agencies in Harrisburg and Washington, D.C., and forges cooperative relationships with various non-government organizations.

In 2014, President Obama signed the Presidential Memorandum, “Creating a Federal Strategy to Promote the Health of Honeybees and Other Pollinators,” which was adopted as an official national strategy in 2015. Andy Ernst was one of a distinguished panel of stakeholders the White House Executive Office convened to advise it during the memorandum’s drafting.

Ernst lives in Meadville, Pennsylvania with his wife Linda and their two sons, Teddy, 13, and Stephen, nine.

Next post A Sneak Peek at 2016’s Hot Outdoor Colors

GIE+EXPO To Become Equip Exposition In 2022