Despite the debate over global warming in the U.S., most landscapers would agree that designing landscapes to withstand weather extremes, such as heat and drought, is becoming more important. In some states, such as California, there are now regulations mandating restrictions on water use. And while CA is no longer in a state of drought, record temperatures in Europe last week show there is no global respite in sight.

According to data released yesterday from the World Meteorological Organization (WMO) and the Copernicus Climate Change Programme, July’s temperatures matched, and perhaps broke records for the hottest month ever since analysis began.

The data from the Copernicus Climate Change Programme, run by the European Centre for Medium-Range Weather Forecasts, is fed into the UN system by WMO. The figures show that this past July is on par with, and possibly marginally warmer than, the previous record holder of July 2016. 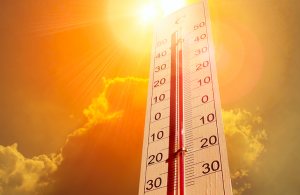 Belgium, Germany, Luxembourg, the Netherlands and the United Kingdom saw new national temperature records on July 25, as weather maps were redrawn to include – for the first time – temperatures of above 104°F, according to WMO. In France, Paris recorded its hottest day on record, with a temperature of 108.7 °F at 4:32 PM. Norway saw 28 locations with “tropical nights” above 68°F. The Finnish capital of Helsinki set a record of 91.6°F on July 28.

“We have always lived through hot summers. But this is not the summer of our youth. This is not your grandfather’s summer,” said UN Secretary-General António Guterres, announcing the data yesterday in NY.

The latest figures are particularly significant because July 2016, the last record holder, was during one of the strongest occurrence of the El Niño phenomenon, which contributes to heightened global temperatures. Unlike 2016, 2019 has not been marked by a strong El Niño.

This heatwave was caused by warm air coming up from North Africa and Spain which was then transported from Central Europe to Scandinavia. According to a study by World Weather Attribution released August 2, human-influenced climate change is likely to have added 2.7 to 5.41ºF to the extreme temperatures recorded.

The July heatwave follows an unusually early and exceptionally intense heatwave in June, which set new temperature records in Europe and ensured that the month of June was the hottest on record for the continent, with the average temperature of 3.6°F above normal, reports the WMO.

In parts of Europe, the heat was accompanied by below-average precipitation. On July 31, WMO’s regional climate monitoring centre for Europe, operated by the German Weather Service, updated its Climate Watch advisory on drought. It reported, “A continuation of drought conditions and below-normal precipitation in large parts of Central and Northeastern Europe. In these areas only 60% to 80% of normal precipitation was recorded in June, in some parts even less.” it said.

In the wake of the heatwave, some European countries have faced very heavy precipitation, but not enough to undo the impact of drought conditions and soils are still expected to be dry.