MIAMI, Fla.- The National Hispanic Landscape Alliance, in conjunction with other leading landscape organizations, filed a suit against the U.S. Department of Labor (DOL) to stop proposed regulations on the H-2B seasonal worker program that would severely reduce the number of visas issued to seasonal laborers and increase the cost of the program, discouraging employers from using the program. Implementation of the new rules would cause the elimination of thousands of jobs and risk the continued existence of hundreds of landscape businesses. Among the most acutely affected will be Hispanic Americans who represent roughly 35 percent of the landscape labor force.

"More than a half million Hispanics work in the landscape industry and many of them are at the greatest risk of losing their jobs if we don’t succeed in keeping these rules from being implemented," explained Ralph EgÙes, NHLA Executive Director.  "Our leadership would prefer to be working with the DOL to raise the bar by establishing programs recognizing those that are exemplary H2-B employers rather than taking the Department on to block the implementation of misguided rules, but the livelihood of our members and many Hispanic families across the country is at stake.  Our Board was left with no other choice."

Over the years, the H-2B seasonal worker program has become an integral part of operations for a great number of landscape companies across the country.  The new regulations proposed by the DOL stand to create a huge financial burden on these companies because they would drastically reduce access to this unique workforce. The plaintiffs add that the proposed changes not only go beyond the DOL’s authority, but have also been set forth without a proper analysis of the industry’s needs and the impact it could have on landscape businesses and their employees.

"Landscape companies provide services requiring a great deal of tedious and physically challenging work performed in climatic conditions that are often less than ideal for outdoor work," said Jesus Medrano, president, NHLA. "Even under the current economic circumstances, an insufficient numbers of U.S. workers aspire to fill such jobs. The difficulty of finding sufficient workers willing to perform the manual labor associated with seasonal landscaping services is the greatest impediment to the growth of the industry," he added.

Since these proposed regulations were announced in January 2011, the NHLA has been working relentlessly to raise awareness of the impending threats to the job market and has engaged leaders in the administration and Congress. Included among its efforts were recommendations provided to the DOL, which outlined various ways in which the proposed regulations could be revised while still meeting the goals and concerns of the department.

A study released in November 2011 by the United States Hispanic Chamber of Commerce (USHCC) identified landscaping as a key opportunity and economic engine for Hispanics in the United States. According to the report, landscaping provides a huge source of entrepreneurial opportunities for this demographic as the proportion of Latino-owned landscaping businesses is almost double that of the national average in other industries. Currently, almost 16 percent of landscape businesses with payrolls are owned by Hispanics.

The National Hispanic Landscape Alliance is an association that facilitates and promotes the advancement of Hispanics as landscape industry professionals and leaders and provides the nation’s half million Hispanic-American landscaping professionals a voice in the national dialogue on environmentally responsible landscape practices, and a means through which to advocate on behalf of their businesses, the livelihood of their employees, and the quality of life in their communities. 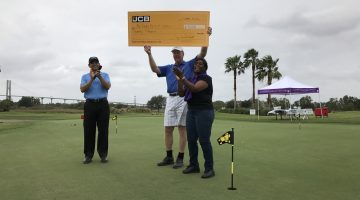