ORLANDO — RISE (Responsible Industry for a Sound Environment) recently celebrated 25 years as the leading advocate for the specialty pesticide and fertilizer industries during its annual meeting held in Orlando during the last week of September.

More than 250 RISE members attended and joined the celebration. With the theme Inspiring Voices, attendees were encouraged to share photos and posts to social media using the hashtags #InspiringVoices15 and #RISE25.

A highlight of the three-day event was RISE’s silver anniversary reception and dinner celebrating a quarter-century of industry advocacy. Thirteen past chairs of the RISE Governing Board attended along with the association’s two presidents — Allen James (1991 – 2009) and Aaron Hobbs (2010-present).

During the meeting, RISE Governing Board members and officers were elected, Josh Weeks was awarded the E. Allen James Leadership Award and advocates working in Montgomery County, Md. received the Grassroots Excellence Award.

Officers of the RISE Governing Board who are continuing their terms of service are Dan Stahl, OHP, Inc., chairman and Darren Horst, Central Garden & Pet, treasurer.

“The RISE Governing Board sets the direction of the association and provides guidance and strategic thinking for issue management,” said Stahl. “The Board was instrumental in implementing our new five-year strategic plan developed last year. This year’s Board plans to continue our focus on advocacy and community building.”

EAJ Leadership Award Given to Weeks

Josh Weeks, president of Joshua H. Weeks Consulting, LLC. and retired vice president of Bayer CropScience, is the recipient of the 2015 E. Allen James (EAJ) Leadership Award — RISE’s most distinguished volunteer honor named for its first president. The award recognizes exemplary leadership and outstanding contributions to the specialty pesticide and fertilizer industry and to RISE.

Weeks has a long history with RISE. He’s been a dedicated leader and active member of a number of RISE committees for more than 20 years. He led the RISE Governing Board as chairman from 2007-09 gaining unanimous approval to take RISE into a new direction, pivoting from defense to taking a proactive and positive stance on issues. He also secured funding from members to ensure the association could achieve and sustain its work on this stretch goal.

In presenting the 2015 award, RISE Governing Board Chairman Dan Stahl said, “Josh clearly exemplifies the character we seek to recognize with this award. He was a crucial part of changing the course of RISE and its ability to successfully manage issues in an increasingly complex environment, and continues to share his 40-plus years of industry knowledge through his current endeavors.” 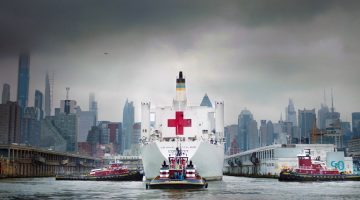