Schmaderer is the new president of the Turf & Ornamental Communicators Association (TOCA), for a two-year term. Founded in 1990, this national organization is composed of editors, writers, publishers, photographers, public relations and advertising practitioners, industry association leaders, manufacturers and others involved in green industry communications.

Schmaderer began his career at Swanson Russell in 1998, working on the public relations team. In 2004, he moved into account management and is currently a vice president/account supervisor. The St. Paul, Neb., native and Nebraska Wesleyan University graduate has been involved with TOCA since 1999 and joined the board of directors in 2005.

A member of the Construction Writers Association (CWA) since 2010, Von Minden was named to its 2013-15 board of directors on June 1. Elected by association members, the board is comprised of a diverse group of journalists as well as marketing, communications and public relations professionals  from around the country who specialize in construction writing. CWA is also a national organization.

Von Minden joined Swanson Russell in 2007. In her role as a senior public relations counsel, the Talmage, Neb., native and University of Nebraska-Lincoln graduate works on several agency accounts in the construction industry.

On July 1, Wolff began her role as the programming vice president of the Lincoln American Marketing Association (AMA). Wolff joined Swanson Russell as an account coordinator in 2010 and became involved with the Lincoln AMA the following year.

A Caldwell, Idaho, native and UNL graduate, Wolff was a co-chair of this year’s Lincoln AMA Prism Awards and volunteer for the chapter’s programming and social media efforts. She was the recipient of its coveted 2013 Dorothy B. Clark Award, which honors a volunteer who is committed to marketing and its principles, and made the greatest contribution towards growing the chapter.

Schmaderer, Von Minden and Wolff are based in the agency’s Lincoln office. 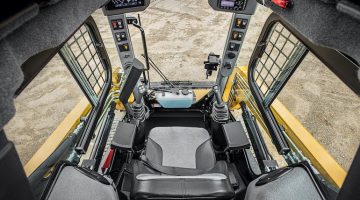