“We are excited to be associated with such a reputable company as Gardner,” says Yamakaji. “We have experienced major growth in the U.S. market in the last several years, and we think that by adding Gardner to the Tuff Torq family, we can better serve the millions of consumers who own lawn and garden tractors powered by Tuff Torq drive systems.”

“With improved customer service and faster response time,” adds Frank Freeman, Tuff Torq chief parts and service manager, “we can achieve greater penetration in the market and improve customer satisfaction. Gardner has major distribution centers in Columbus, Ohio; Franklin, Massachusetts; and Jacksonville, Florida, which positions them directly in the regions of the country where most outdoor power equipment is sold.”

According to the published reports, nine out the top 10 lawn and garden tractors are powered by drive systems manufactured by Tuff Torq Corporation. The tractors include leading consumer brands such as John Deere, Husqvarna, Cub Cadet and Craftsman, just to name a few. These products can be found in major big-box retail stores located around the United States such as Sears, Home Depot and Lowe’s Home Improvement Stores. 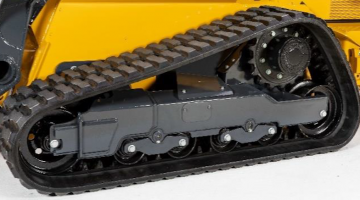