Everglades GCSA donates to The Institute

The Everglades Golf Course Superintendents Association continues its support of The Environmental Institute for Golf, donating $5,000 toward research and education to enhance golf’s relationship with the environment and pledging to match that amount in 2008.

Support for the Carolinas Golf Course Superintendents Association’s annual conference and trade show continues to grow, with revenues topping $600,000 for the first time. A record total of 222 exhibiting companies occupied a record 428 booths at the 2007 show in Myrtle Beach, S.C. Demand for education also hit a new high with a total of 1,278 seats sold across three full-day and 23 half-day seminars.

Mitchell Wilkerson, director of golf and grounds at Moss Creek Plantation in Bluffton, S.C., was elected Carolinas GCSA president at the annual business meeting. Paul Jett, from Pinehurst No. 2 in Pinehurst, N.C., is vice president.

Dyrck Fanning, from The Bayonet at Puppy Creek in Lumberton, N.C., won the Carolinas GCSA golf championship. David Bowbliss, from National Golf Club in Pinehurst, N.C., won a weeklong golf trip for two to Scotland in the 27-Hole Challenge.

Two leaders in micro-irrigation have been named recipients of the Irrigation Association Industry Achievement Award. Established in 1966, the award recognizes individuals who have contributed to the advancement of the irrigation industry.

Fred Hamisch, a founding member of the Irrigation Dealers Association of California, invests time and resources in projects like the Agricultural Technology Applications Center in Tulare, Calif., and has served on numerous Irrigation Association committees. He is also president of Hydratec, which he bought in 1988.

The second recipient is Gershon Eckstein of Drip Irrigation Systems Ltd. of San Diego, Calif., who is credited with changing the drip irrigation market with the invention of an integrated dripper.

Edward Robert “Bobby” Ginn III, chairman and CEO of Ginn Resorts, has joined The Environmental Institute for Golf’s Advisory Council as its 25th member. The council provides guidance to The Institute’s board of trustees in the areas of outreach, fundraising and strategic planning.

William G. Teufel, a fellow of the American Society of Golf Course Architects and member since 1984, passed away November 5, 2007, in Seattle, Wash., at the age of 82.

After founding the landscape and golf course architecture firm William G. Teufel and Associates, Inc. in 1956 in Seattle, he designed a number of golf courses, primarily in the northwest United States.

Born in 1925 in Fairbanks, Alaska, Teufel attended Washington State University and the University of Oregon, where he earned a bachelor’s degree in landscape architecture in 1953. He is survived by a son, Mitch Teufel, and two daughters, Sandy and Shaye Teufel.

The International Plant Nutrition Institute has named Dr. Milkha Singh Aulakh, a senior soil chemist and professor at Punjab Agricultural University in India, as the winner of the 2007 IPNI Science Award. He will receive a special plaque and a monetary award of $5,000.

The IPNI Science Award is intended to recognize outstanding achievements in research, extension, or education, with a focus on efficient and effective management of plant nutrients.

Eagle One Golf Products, Standard Golf Co., FMC Corp., Indian Valley Industries (Sandtrapper), TYCROP and Monsanto have pledged their support of the Golf Course Superintendents Association of America and its members by committing to participate in the Partner Recognition Program at the Silver level.

John Deere has committed to participate in the program at the Platinum level. The company contributed $100,000 to The Environmental Institute for Golf, and Gregg Breningmeyer, John Deere’s director of golf sales and marketing, represents the company on The Institute’s Advisory Council.

Hearn, a 37-year GCSAA member, served on the GCSAA board of directors and was the association’s president in 1987. He has also served on the USGA Green Section Committee. Hearn is a past president of the New England GCSA and is a past member of the Massachusetts Golf Association executive committee. A superintendent at Weston (Mass.) Golf Club for 29 years, Hearn also had stints at Lexington (Mass.) Golf Club and Vesper Country Club in Tyngsboro, Mass.

Loke, superintendent for the past 15 years at Bent Creek Country Club in Lancaster, Pa., is a 36-year GCSAA member and has served on numerous committees for the association. He currently serves on the USGA Mid-Atlantic Green Section Committee and the Pennsylvania Turfgrass Council Board of Directors. He is a past president of both the Central Pennsylvania GCSA and the Northern Ohio GCSA, and has served on the Ohio Turfgrass Foundation Board of Directors.

Miles, a 45-year GCSAA member, is a retired superintendent who last worked at the Merit Club in Libertyville, Ill. He has served on various GCSAA committees and hosted 13 professional golf tournaments. A past president of the Illinois Turfgrass Foundation, Miles also served on the board for GCSAA’s Indiana chapter.

The GCSAA board of directors selects winners from nominations submitted by affiliated chapters and/or association members. First presented in 1932, the award is given to individuals who have made an outstanding, substantive and enduring contribution to the advancement of the superintendent profession.

The scholarship is a two-year grant presented to individuals from Spain pursuing a turfgrass management degree from Michigan State University. Winners are selected by the Royal Spanish Golf Federation.

Garcia Ircio earned an agronomy engineering degree from Madrid Polytechnic University’s crop science program. Blancho Jaschek earned a degree in agricultural engineering from the University of Salamanca and also took the Higher Greenkeeper Course at The Autonomous School of Business Management in Malaga, Spain. Muñoz Puro has been working at the Centro Nacional de Golf.

Ewing Irrigation President Douglas York was inaugurated as the 2008 Irrigation Association president during the International Irrigation Show in San Diego, Calif. As president, York will concentrate on education, active membership involvement and lobbying initiatives within the association and green industry.

The Synthetic Turf Council experienced record attendance during its annual meeting. More than 100 attendees, representing 53 member companies and selected guests, were present at the forum, which focused on member education and open discussion of key issues. New board officers and members were also announced, with Joe Motz of The Motz Group in Cincinnati, Ohio, elected chairman.

Project EverGreen appointed Chris Kujawa of Kujawa Enterprises, Inc. as president of its board of directors. Kujawa will succeed Cindy Code of GIE Media, Inc., one of the organization’s founders, who served as president for the past two years.

Project EverGreen expanded its board of directors to include Katie Bromm, Nick Cashier, Bill Nicholson and Dale Siems. It also named current board member Kirk Hunter to its officer group; and two current board members to its executive committee—Dan Carrothers and Alan White.

Twenty-seven associations from across the country have united to develop a national green industry careers Web site, designed to spark interest in the variety of positions that the green industry offers.

High school students are the new Web site’s target market, but the site will also contain information for parents, teachers and guidance counselors. 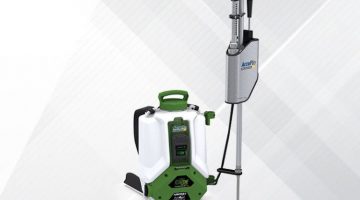