When a landscape business owner does a foolish thing, that person makes it tougher for a lot of other people in the industry. This is the case whether the individual is operating without a license or the proper insurance, running an old noisy leaf blower at 8 a.m. on a Saturday morning in a quiet upscale neighborhood, or mowing clippings into a storm sewer.

So it is with the H2B immigrant guest worker program. Trying to “game” the H2B program is a very bad idea for the scammer—and also for the rest of us, too. But first a quick refresher about H2B is in order.

But, the program is open to any company that can meet its requirements and bear its expenses. And the immigrant workers (most of them come from Mexico and Central America) come to the U.S. of their own free will. Hundreds of smaller landscape companies participate in the program visas, as well as the industry’s biggest companies.

The distribution of these visas is just one of about a dozen issues the program’s critics aim at it. Another is visa fraud. How widespread is fraud within the program? Who knows, but given the number of hoops that participants must jump through, probably not very much—at least compared to many other (and much larger) government programs. But that’s just my take after following the H2B program since its inception, and many of the companies that use it.

Now word comes that the owner of a St. Louis-area landscape company has been charged with setting up a fake company and falsifying statements in 2011 and 2012 so that he could obtain additional H2B visas and immigrant laborers. The recent indictment, one felony count of conspiracy to commit visa fraud, alleges the owner attempted to get an additional 30 workers for a company that does not exist. Access the details here.

Setting up a shell company to get around limits on seasonal foreign workers has gotten Michael O’Hara, owner of O’Hara Landscape/Lawn Care, Inc., in Creve Coeur, Missouri, into trouble. Prosecutors accused O’Hara of setting up a fake company, Pro Care Environmental, and falsifying statements to enhance his company’s access to seasonal laborers through the H2B visa program. O’Hara and his companies were both indicted on one felony count of conspiracy to commit visa fraud.

O’Hara Landscape/Lawn Care, Inc. supposedly applied for 90 extra workers between 2010 and 2012 using the shell company. Investigators say that Pro Care Environmental has no office space, equipment, employees or clients. O’Hara Landscape, the owner’s principal landscape business, asked for a total of 110 workers through the years 2011 and 2012. An associate for O’Hara Landscape is said to have used Pro Care to ask for an additional 30 workers each year.

Next post SipcamAdvan to Market Rotam Products in Specialty Markets 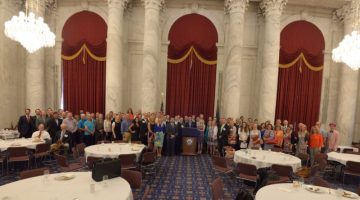 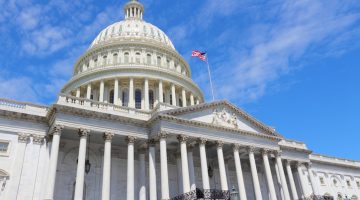