Ease of Entry is Good for Our Industry

How many of you started your careers with little more than a pickup truck, a mower and a whole lot of ambition?

Several weeks ago I bumped into Terry at the local Kroger grocery. I’ve known Terry for more than 30 years. We’re not buddies, but I enjoy chatting with him because he’s seemingly always in a good mood.

Terry, now in his mid to late 50s, is working at his second career — mowing local properties, and he loves it. He tiptoed into the industry about 10 years ago with a small trim mower. Today, he and his grown son use professional maintenance equipment and are as busy as they want to be in our northern Ohio community of 6,000 residents.

After Terry and I had exchanged friendly greetings in front of the dairy aisle, I inquired about his mowing business.

“It’s going great. The only complaint I have is that the days are getting so short, I can only mow six or seven lawns a day,” responded Terry, heartily.

“How was your summer?”

“We could hardly keep up with it because the grass kept growing, even in the middle of the summer,” he returned, flashing a huge grin.

“How much do you charge?”

“Most lawns are $20, but I charge more for some of the larger lawns,” Terry answered.

Who am I to judge?

Admittedly, the prices he charges homeowners seemed low to me, but Terry appeared pleased with what he is getting, and given how busy he is, his customers are apparently satisfied with his service. Who am I to criticize Terry for his modest ambition and goals? Why fault him for how easily he slid into our industry, one of the tens of thousands of tiny operations in our fragmented industry?

No more moaning from me

I felt I had plenty to offer to support my stance.

Given the slightest opening, I would tick off one reason after another about how the industry’s low barriers to entry were damaging it. I would start by damning the absurdly low prices many of these new or one-man “c” entities charge customers for their services.

Then, as if I were following a script, I would blame these operators for damaging the industry’s image with muscle shirts, cigarettes dangling from their mouths and dented pickup trucks. Or, I would unfairly denigrate the quality of their work. That criticism, I now acknowledge, is silly. I have no way of knowing or judging the quality of products or work they deliver to their customers.

I now realize, I have been blaming the system and not the system’s abusers. The industry’s low barriers to entry are not a problem. The problem lies with the unreliable, unlicensed, uninsured and unscrupulous operators who take advantage of the ease of entry into the business to fly under the radar and make a quick buck wherever they can.

In a real sense, the ease of entry into our industry is largely responsible for its continued growth and health.

Consider: How many of you now-successful owners got into the business partly because it was so easy for you to do so? How many of you started your careers with little more than a pickup truck, a mower and a whole lot of ambition? You enjoyed the work and appreciated the freedom of being your own boss. As time went on, you sensed greater opportunity, increased your knowledge, built upon your successes and learned from your miscues. Eventually, you became the owners of successful, profitable businesses.

I love those stories. I have shared dozens of them during my career as an editor in this great industry.

In 2014, the National Association of Landscape Professionals (NALP) on its website claims there are 396,000-plus landscape “businesses” in the United States. NALP also reports these businesses employ about 878,000 workers. Those numbers tell me one-, two- and three-person operations largely characterize the industry.

There wouldn’t be nearly that many companies in this industry if it weren’t so easy to enter. A large number of them will surely fail, many will remain small (by design or otherwise), and a tiny percentage will grow into sizable companies.

The industry would not be nearly as dynamic (or offer honest people, like Terry, opportunities for rewarding careers) it if didn’t attract so many enthusiastic participants because it is, by nature, so easy to enter. 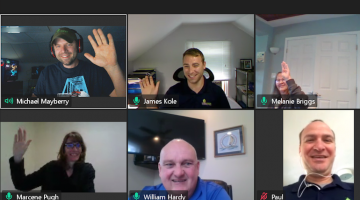 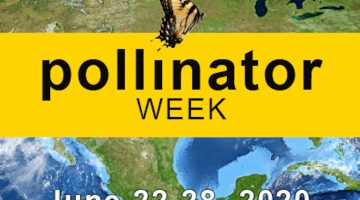