Mergers from an Employee’s Perspective

Company mergers bring changes that will impact employees, although the changes might not be immediate.

Everyone in the green industry knows by now TruGreen has merged with Scotts LawnService.

Mergers and acquisitions happen all the time, especially in our fragmented industry with its thousands of small businesses. But, unless you’ve been an employee in a company that’s been bought out and merged into another company you may not know just what happens after a deal has been finalized.

Let me take you down that road—a look at mergers and acquisitions from an employee’s perspective. Media companies, like other companies are regularly bought, sold and merged. I know because I’ve worked for media companies that, on several occasions, have been gobbled up other companies.

In my experience as an employee, none of these events brought immediate changes. By immediate, I mean within the first three months or so. But changes came. Over time they became significant changes.

This brings me to the next most obvious change: some of your co-workers, even some that were respected and productive in your previous company, will be leaving your new organization.

These will probably include some of the folks in your former company’s administrative staff. Next, you may notice the empty offices of some of the lower- and mid-level managers you’ve worked with. Some sales people may be the next to leave and find employment elsewhere as management consolidates functions within the new larger organization.

Management must combine functions in many departments to create economies of scale. That’s one of the things they are counting on to deliver the financial goals they have set for themselves after buying your former company.

Next we come to production realignment. Management has a tough job here as it assesses its combined assets and attempts to determine how, where or if they fit into its service plans. TruGreen is almost certainly making those calls regarding its many newly acquired Scotts LawnService locations.

Finally, we come to branding. In the case of the TruGreen/Scotts LawnService deal, Scotts is a strong brand, especially with consumers. TruGreen management will do all it can to retain everything positive associated with the brand. This includes, of course, the loyalty of its tens of thousands of lawn service customers and the goodwill of it’s suppliers.

Even so, the larger merged company is TruGreen, and, from all indications, will remain TruGreen.

Management always puts positive spin on mergers–both internally to employees and externally to customers and vendors. How much of it turns out to be justified depends upon a lot of factors, not all of them knowable when the deal is finalized. 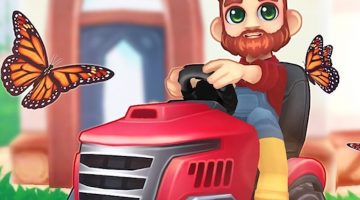