ServiceMaster is no longer the parent company for TruGreen.

Competitors often referred to TruGreen during its high-growth period as “that marketing company that just happens to do lawn care.” What they failed to fully realize then is that all lawn care companies must also be marketing companies. That’s how companies acquire customers. Then, of course, the trick is to retain those customers. TruGreen in recent years has had a difficult time on both of those counts.

TruGreen, the worlds largest lawn application company with revenues approaching $980 million in 2012, is being divorced from ServiceMaster, its parent company. TruGreen is owned by Clayton, Dubilier & Rice, Inc., the leveraged buyout firm that bought ServiceMaster in March 2007 for about $4.7 billion. But it will be no longer be a division of ServiceMaster. By year’s end it will be independent.

ServiceMaster’s displeasure with the performance of TruGreen became evident over the past several years as evidenced by the frequent changes in TruGreen’s leadership. In spite of the changes, it still didn’t perform to ServiceMaster’s expectations.

The lawn care leader suffered an 11 percent decrease in revenue from the 2011 to its 2012 season. The lawn care giant was able to stabilize its numbers somewhat this past season. Nevertheless, it has a long way to go to recover the loss of 250,000 customers since its heyday. This will be a tall order given that every primary and secondary market in the United States and Canada is populated with established well-run local lawn care companies. They fiercely defend their customers from poachers.

Adding to TruGreen’s challenge is the anemic recovery in the housing market. Beyond that, even homeowners in the smallest communities have been canvassed for service. There are no new markets in the U.S. and Canada to open to the service.

It Started in Michigan

Let’s step back and take a look at how TruGreen got to where it is and how it fits into today’s market.

Professional lawn care started to become a recognizable industry about 50 years ago. ChemLawn, based near Columbus, Ohio, greatly accelerated the process when it began establishing branches throughout the Midwest. By the mid 1970s chemical lawn care had become firmly established as a service that homeowners, especially those in America’s rapidly expanding suburbs, desired.

Other entrepreneurs were paying attention to ChemLawn’s success and homeowners’ eagerness to have green, weed-free lawns. Among these were a small group of young men in central and western Michigan, some of them graduates of Michigan State University. They founded TruGreen in 1973 or 1974. Sources report both dates.

But ultimately (and here’s where that analogy falls apart) the surviving company didn’t turn out to be industry leader, ChemLawn. The upstart lawn care company, TruGreen, emerged as the survivor. ChemLawn, the one-time lawn care giant that did so much to establish lawn care as a recognizable industry, disappeared as an independent brand.

Here is how it happened—at least the final acts.

On March 21, 1987, the ChemLawn Corporation, fending off an unsolicited takeover bid from Chicago-based Waste Management, Inc., agreed to be acquired by Ecolab Inc., based St. Paul, Minn. At the time ChemLawn numbered 241 branches with sales of $353 million. EcoLab paid $36.5 a share or a total of $360.5 million, reported the New York Times. It turned out to be a disastrous financial move for both parties.

Meanwhile, Waste Management under the leadership of entrepreneur Wayne Huizenga, was still eager to get into the lawn care business. It turned its attention to privately held TruGreen, which it acquired Sept 17, 1987. At the time TruGreen numbered 55 branches with sales of about $43 million.

Meanwhile, ChemLawn, many of its brightest and most ambitious employees now running their own lawn care operations, languished under Ecolab’s ownership.

TruGreen continued to grow in the 1990s by acquiring Ohio-based Barefoot Lawns other smaller regional lawn care companies. While these acquisitions gave it greater access to coveted regional markets, the competition for customers remained keen. In many cases the owners of these smaller regional companies re-entered the lawn care industry after their non-compete agreements expired and started signing up their former customers.


The bigger threats to TruGreen’s continued growth, however, came from other companies with national aspirations. These included Scotts Lawn Care, which went on a targeted acquisition spree of its own, and The Weed Man, which came at the U.S. market with a unique master franchisor/sub franchisor model that attracted some of the brightest and most successful independent lawn care professionals in the industry. Both entered the 21st Century keen to take on TruGreen in key markets.

Of course, any discussion of TruGreen and its fortunes must also address telemarketing, specifically the implementation of the national do-not-call registry in 2004. TruGreen’s reliance on and its success is acquiring customers via telemarketing are legendary. Apart from telemarketing to previous customers it can no longer rely upon the telephone to harvest large flocks of new customers.

By any measure, the professional lawn application business, at least as it’s traditionally performed with a defined number of applications of traditional fertilizer and pest controls, is a mature industry. It has seen its best days.

Can the same be said of TruGreen and its long-term prospects?

The Curious Case Of The Less than Two-Inch Snowfall 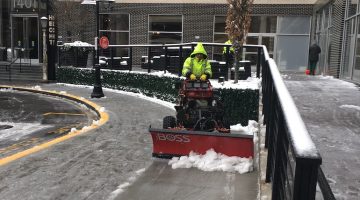 Should I Hire an Employee With a History? 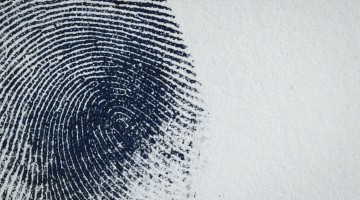